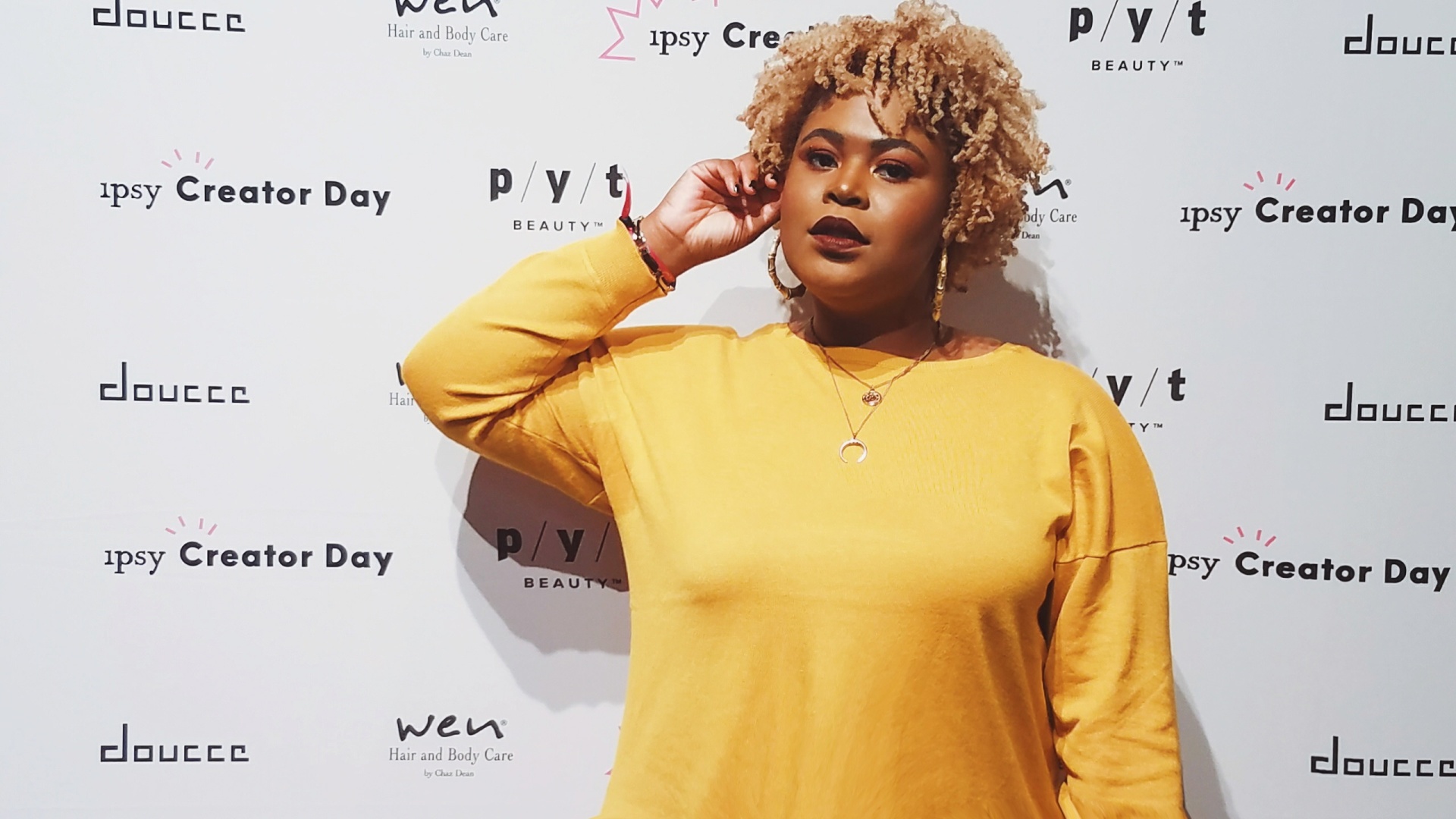 Fam I have so much to tell y’all about my weekend! It was insane and beyond my wildest fantasies. Last weekend I was invited to attend ipsy Creator Weekend…as a CREATOR. WHAT IS LIFE!

(Really quick, if you’re interested seeing all the products I received during Creator Weekend, check out my other post on it and watch my reveal video here!)

Quick backstory, this time last year I attended ipsy’s Generation Beauty convention (GenBeauty) in NYC for the first time. Some time after that I became an ipsy Open Studios creator. At that time though I was not really taking advantage of the opportunity due to me being in grad school and just dealing with other personal issues in general. But, during this past Summer, I was invited by ipsy Open Studios to attend what they called, “ipsy Creator Weekend.” Creator Weekend includes Creator Day on Friday and Day 1 + 2 of GenBeauty on Saturday and Sunday. Did I forget to mention all this was F-R-E-E, free? Yes, free and I only mention that because if I had a dime for every time being poor stopped me from attending events I’d be…rich. Anyway, I of course RSVP’d immediately even though I was SURE this was a mistake. In my head I said, “I’m a nobody, why would they invite me?” Right after that I sent an email to ipsy asking if this was legit or an error and they assured me that it was the real deal. And with that confirmation, my heart hit the ceiling! Fam, it’s really happening?!! It’s about be LIT. Those were my thoughts.

Fast-forward to October, a few days before the event, I am freaking OUT. My anxiety and self doubt were doing the most. The thoughts that kept playing in my head was “you are about to go embarrass yourself in front of all these people,” “you’re not up to their level,” “you’re not actually a serious beauty creator.” I was a mess to the point that even on my way out the door I considered canceling my Uber ride and going back to bed. But I forced myself to attend because I didn’t want to squander an opportunity like this and I thought “just be in the room.” 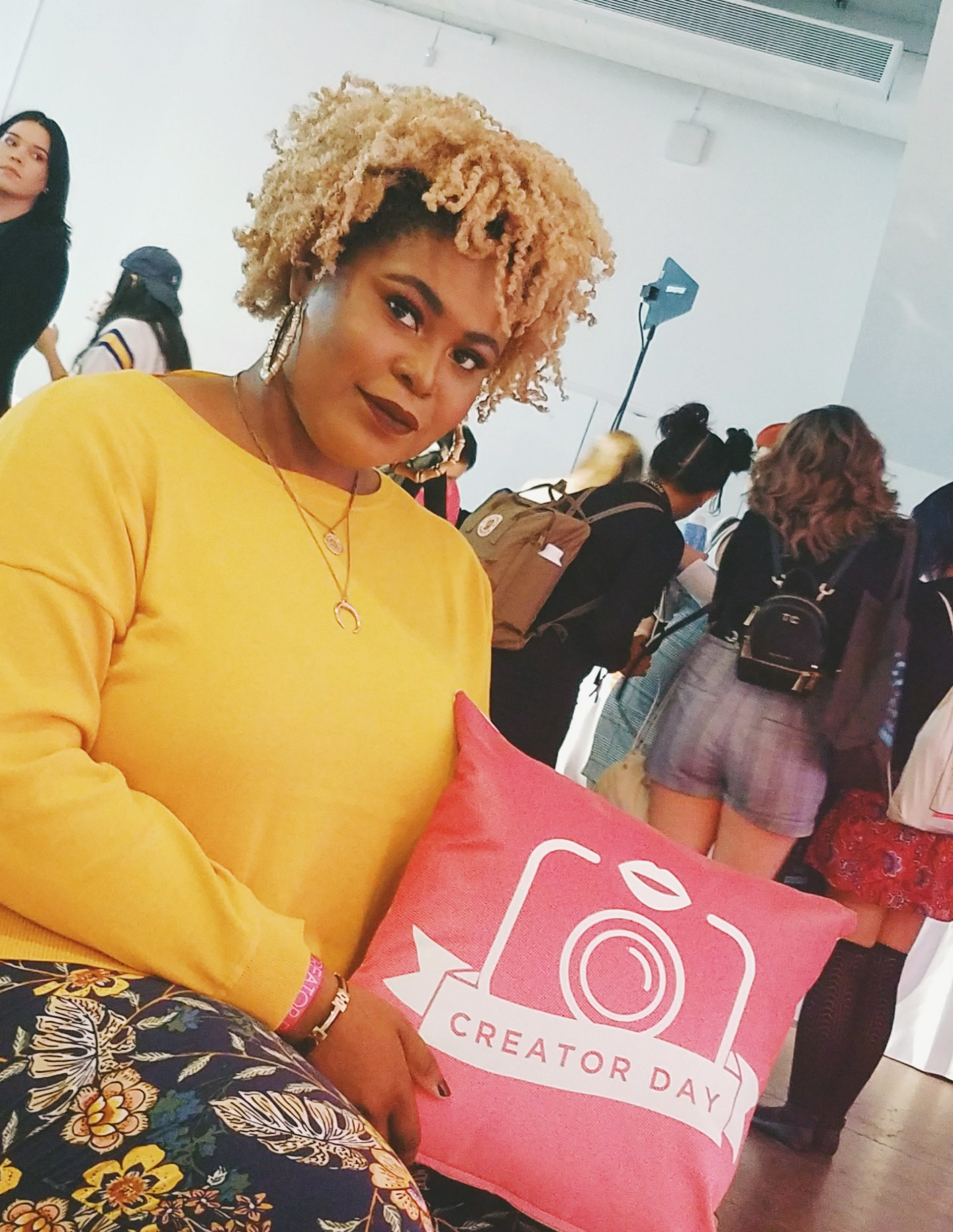 So I jetted off to New York for ipsy Creator Day and arrive about 30 minutes early and was in line with some down-right amazing and humble and overall nice ladies! I say this because I assumed that the creators that would be at the event would maybe be full of themselves or cocky. So right off the bat I had hope for the rest of the day!

When we entered the venue, we checked in and receive our first goodie bag. SWEET! I had no idea we would be receiving anything except an opportunity to network with other creators and brands. So I was really shook when ipsy staff told us we’d be receiving ANOTHER goodie bag, a massive zippered tote bag embroidered with the cute little phrase, “I came. I saw. I contoured.” But first, let me talk about Creator Day itself.

The day was full of scheduled workshops and panels held my people in the beauty industry and experts. Topics included tips on editing videos on your phone, using Final Cut Pro, gaining and keeping an audience, authenticity, and testimonials on breaking into the industry. It really was educational for me but also gave me hope and motivation. I can honestly apply that to the entire weekend, I was energized and motivated to become better.

In addition to the workshops and panels, a few brands were in attendance and we were given the opportunity to engage with and learn more about their brand.

On top of all that, all the creators chatted and networked among ourselves. This whole idea of networking is such a stressful practice to me and always has been. At times I find myself retreating into myself succumbing to my self-doubt and telling myself I have nothing to offer anyone else or that what I do have to offer is not good enough or interesting enough. Fortunately for me, the majority of the creators I encountered were just so dang down to Earth! No one made it seem as if they were above anyone else for any reason like quality of work or follower count. We were all equal and in the same space. I mean, of course there were some who made it obvious that they felt better than some other creators but it was very few of them.

Overall, Creator Day was an absolute success and so much fun! Like I said earlier, I felt energized to jump back into creating and putting myself out there despite any thoughts of inadequacies. The ladies I met there were so supportive and gave so much helpful advice that it still puts a smile on my face as I type about it. It’s truly phenomenal to receive such support from complete strangers considering I don’t receive it from a large amount of people I know personally. I’ll talk about that in a later post so I’ll keep it cute for now.

Whew! OK, now onto Generation Beauty NYC! Day 1 of GenBeauty was exhausting! But I had SO much fun I can’t even explain it properly! Did I mention we received yet another goodie bag? Yeah, that’s 3 total! So anyway, I met up with some of the ladies I met at Creator Day and from GenBeauty last year. The stars truly aligned that day. My friend I met at GenBeauty last year, Sarita, really gave me some good advice on techniques for reaching out and networking with brands. She basically took me under her wing for the first half of the day! A true gem. But after that, she set me loose to use my newfound skills. And will say I did pretty well for myself! I exchanged information with a good amount of brands and creators. Day 2 of GenBeauty was a lot more mellow for me. I was straight up dead from the previous 2 days that I just wanted to chill out, hang with some new friends and enjoy a few panels. I did just that!

Ultimately, this weekend was such a fulfilling experience and I really cannot thank ipsy Open Studios enough for inviting me. To be among other creators, brands, and industry professionals was a scary and fun time. Whether or not I am able to work and collaborated with any brands or creators in the future, this experience was enough to keep motivated and push me to create more and become better at what I do. I can’t really ask for anything more. A million thank yous to ipsy!

Be sure to check out my other post breaking down all three goodie bags I received as an ipsy Open Studios creator!

Also, feel free to ask me any questions you may have about the entire event!

There was an error retrieving images from Instagram. An attempt will be remade in a few minutes.