My love for Aubrey aka Drake was sparked back when I was in the 6th grade. I think I was 11 or 12 and Drake was playing the hilariously adorable and corny, Jimmy Brooks on Degrassi. Side-note: when my friend at the time introduced me to the show, I thought she was saying ‘The Grassy’ so I initially had a v hard time finding the show on my TV Guide. HA!

Needless to say, I’ve only became more of a fan of Drake in the last decade. So when I saw his Instagram post advertising his Summer Sixteen Tour Pop-Up Shop in NYC, I was kinda hyped. (high-key). Drake had a few other pop-up shops in the past but I never attended because I wasn’t living anywhere close to their locations. Oh, but girl, on this day, I was a 30-minute train ride away!

So I hit up my bff (also a big Aubrey fan) to make the trek into the city to blow a check on some Drake merch. Woop-woop! We went on Saturday and I had read that the shop didn’t open until around 11am on the shop’s opening day so of course we arrived at the location at approx. 12pm. And of course we were met with a rather short queue. We were surprised but also relieved because I saw a few things online about fans waiting in line for like 4 hours just to get inside! But, we were good, our wait was roughly an hour. 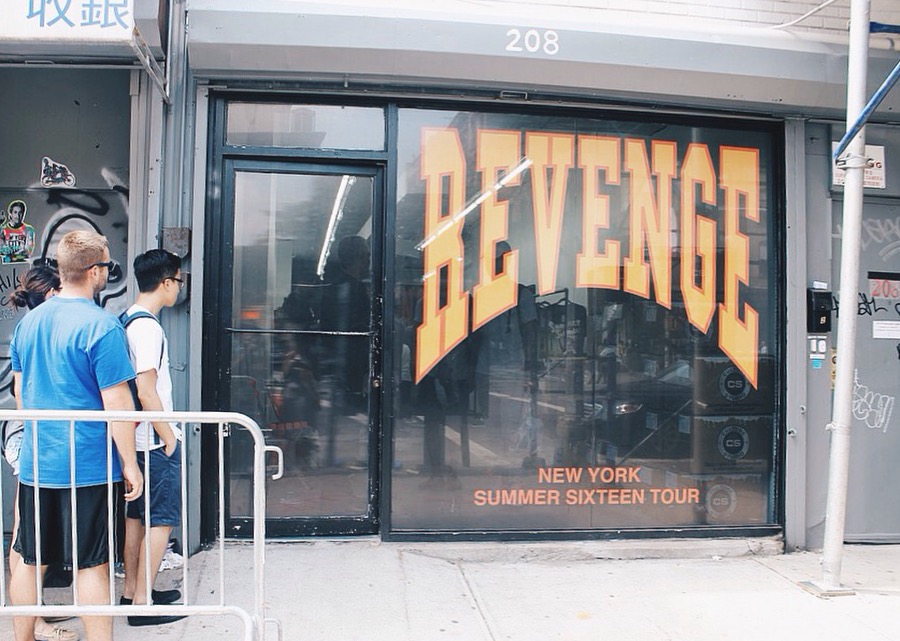 But when we got inside, we were met with even more surprises. THOSE. PRICES. gahhgosh! I don’t now, maybe it’s because I haven’t been to an actual concert (music festivals not included) in the last 4 years but I have never paid more than $50 for concert merch. And I can hear Drake and fans laughing so hard at me. 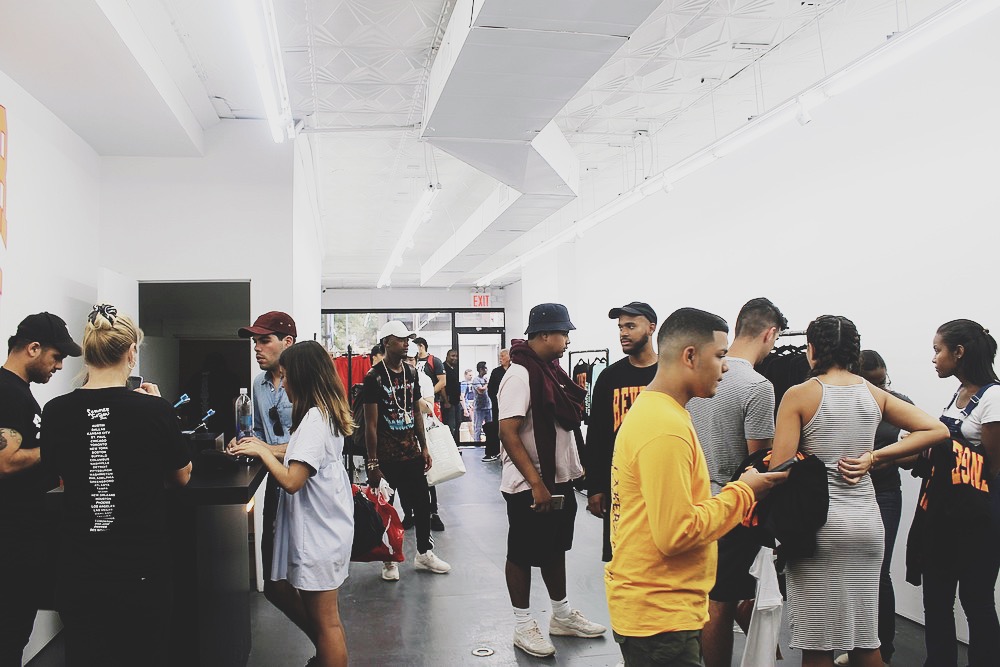 The one item I was really interested in getting as the ‘Revenge’ windbreaker. That bad boy cost ~$100 and I choked. And the ‘Revenge’ baseball jersey if I remember correctly was like $300 and I almost flatlined. I was a debit card swipe away from owning that windbreaker but I reality (and the Lordt) hit me that I was starting grad school this month and every penny mattered. My bff ended up buying it though and she looked hella good in it so I’m living vicariously through her.

Even though I didn’t end up buying anything, I will say there was a good amount of merch and merch that actually LOOKED GOOD. No lie, a lot of concert merch looks so half-heartedly put together or low quality but Drake’s Summer Sixteen Tour items are definitely wearable on a day-to-day basis. 10/10 would recommend.

alas the weekend has arrived 🥰✨🌞💫
❤️❣️🌹 more of this cherry cola look 🥰
💙💙💙
🌸💫💐🌻✨🌱🌷
@fentybeauty lip products never fail 🥰✨💋
don’t ask me what I did this weekend when you clearly see me with new hair! 😆 this took 2.5 seasons of Moesha to complete and my fingers still hurt lol 💅🏾🙌🏾
🥝🍏💚✨
🌸🤎 I wore make-up ALL day today so def need to go ham with cleansing tonight.
#texturetuesday feat @drbrandt 💦